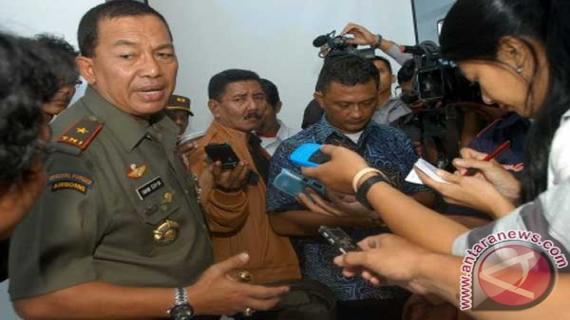 Secretary-General Ban Ki-moon today announced the appointment of Major General Imam Edy Mulyono of Indonesia as Force Commander of the United Nations Mission for the Referendum in Western Sahara (MINURSO).

Mr. Mulyono is currently Special Assistant to the Army Chief of Staff in charge of Peacekeeping Operations and previously served as Senior Staff Officer for Training and Exercises and Commander of the Indonesian Defence Forces Peacekeeping Centre.

He joined the Indonesian army in 1984, commanding an infantry company and an infantry battalion before becoming an Associate Professor at the Army Command General and Staff College.

Mr. Mulyono will succeed Major General Abdul Hafiz of Bangladesh, whose tour of duty ended on 23 July. “The Secretary-General is grateful to Major General Hafiz for his exemplary service and contribution to the work of MINURSO since July 2011,” the statement read.

Established in 1991, MINURSO is tasked with monitoring the ceasefire in Western Sahara and organizing a referendum on self-determination for the people of the territory.

The UN has been involved in efforts to find a settlement in Western Sahara since 1976, when fighting broke out between Morocco and the Frente Polisario after the Spanish colonial administration of the territory ended.