International experts: The Sahara's independence not a realistic solution 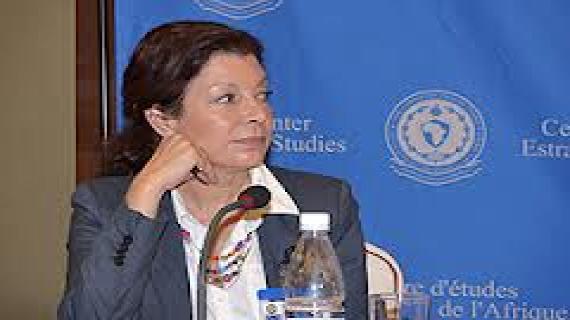 Westminster - International experts specialised in strategic issues and defence agreed that the Sahara's independence is not a realistic option and even less practicable, stating facts which show evidence of the involvement of elements of the Polisario both in the ranks of terrorist groups that plague the region and in the operations of kidnapping and trafficking of all kinds.

There is evidence of the involvement of elements of the Polisario in these scourges that plague the region, facts are corroborated by several sources, Ammour Laurence, associate researcher at the Institute for Policy Studies Bordeaux and international security consultant,told MAP,on Monday in a conference at McDaniel College, in the City of Westminster (Maryland) on the theme: Political Change and Security in North Africa, in collaboration with Research Center for Navy Analysis Center (NAC).

In October 2011 the kidnapping of two Spanish aid workers and another Italian citizen, in the heart of Rabouni camp, was the clear proof of the involvement of Polisario with terrorist groups, especially the Tindouf camps , which were supposed to be under close supervision both from the separatist militias by the Algerian army, noted Ms. Ammour.

It has, in this context, pointed to internal complicity without which such an operation could not take place, emphasising that the abduction prompted the Spanish authorities to proceed with the closure of several offices in Spain of the Polisario, then the Algerian government responded by requesting resignations within the Polisario leadership and setting up more checkpoints around the camps.

Laurence Aida Ammour noted that the deterioration of the humanitarian situation and human rights in the Tindouf camps, as well as the latest developments in the Sahel region and Mali have meant that there is currently a growing awareness of the need to find a lasting solution to the Sahara issue that takes into account security requirements, noting that there are voices in Washington calling for the outright closure of the Tindouf camps, which are becoming the soft underbelly of any anti terrorist strategy.

She has, in this context, criticized the fixed position of Algeria which is necessarily unsustainable, imputing this psychorigidité blocking the Algerian authorities that will not be free from the straitjacket of dogma and political culture dating from the Cold War . North Africa and the Sahel are not the same as they were in 70's or 60's, she explained in this context.

All these facts converge on a single conclusion that Sahara's independence is not a realistic option and even less practical, Fernando Reinares, stressed for his part,Proessor of Political Science and Security Studies at the University of King Juan Carlos and leading researcher at the Real Instituto Elcano in Madrid.

This is an option that is not in the interest of Sahrawis, and still less in that of the region and the international community, he said.

This international expert noted the existence of people in the Tindouf camps, under the control of the Polisario, which radicalised them to join the ranks of extremist groups that plague the region taking part in operations of kidnapping and drug trafficking and weapons.

Broad autonomy to the Sahara under Moroccan sovereignty is a solution that is more than acceptable in my eyes, Fernando Reinares concluded, speaking in a statement to MAP.

The Western Sahara conflict is said to be an artificial conflict imposed by Algeria on Morocco. The Polisario separatist movement supported by the Algerian government, claims the creation of an artificial state in the Maghreb. This blocks all efforts of the international community for a solution to the conflict based on autonomy within a sovereign advanced Moroccan economic integration and regional security.