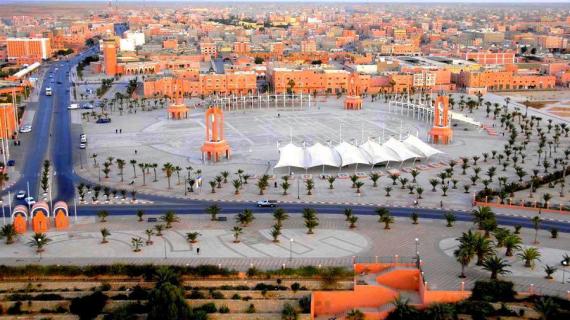 A delegation of the Italian-Moroccan Inter-Parliamentary Union expressed, on Thursday in the southern city of Laayoune, their satisfaction with the development projects initiated in the southern provinces, stressing that the "reality contrasts with the false allegations of the Polisario".

“This visit to Laayoune has allowed us to see the climate of peace and freedom and the socio-economic development in the southern provinces”, President of the Italian-Moroccan Inter-Parliamentary, Eleonora Cimbro, told the press following a meeting with local elected representatives in Laâyoune.

Mrs Eleonora Cimbro pointed out that the region enjoys very important infrastructures and projects, noting the huge investments made in the region and the large projects in various fields.

During the visit to Laayoune, members of the Italian-Moroccan Inter-Parliamentary held talks with members of the municipal and regional councils of Laayoune, during which they were informed of the socio-economic progress in the region.

During this meeting, held at the headquarters of Laâyoune city council, the Italian delegation followed a presentation on the development program of the city of Laayoune, as well as the important projects in the economic, social and cultural sectors, and the facilities and infrastructure available to the region in different fields.