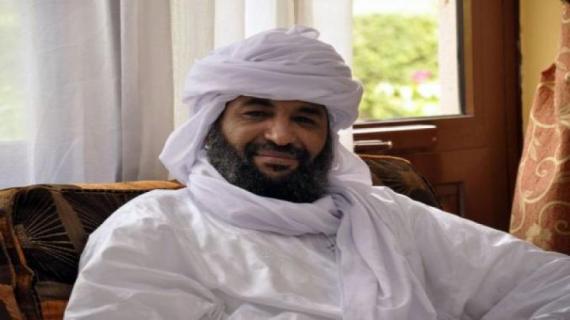 Beijing: threats and destabilisation within Moroccan territory, that is what the movement's leader of Ansare Dine, the Algerian government interlocutor and ally of AQIM, tries to achieve these days.

At Bougouni, a nomad camp located 15 km from the village of Ber in the circle of Timbuktu, the chief fighter,was detected, very close to the Algerian government and newly converted to fundamentalism, Iyad Ag Ghali.

The Chief of Ansar Dine  was escorted by a former commander of the Malian army , Kamo Ag Menami and his fighters in a convoy of fifty toyota 4x4 vehicles.

According to the Chinese news agency Xinhua, the convoy of  Iyad Ag Ghali, is preparing to enter the Sahara, where he would head  the Ansar Dine project to rebuild its forces in the southern provinces of Morocco.

The appearance of the information from Timbuktu  about Iyad Ag Ghali, supported by the Chinese news agency, belies the claims of the newspaper near the Algerian secret services, Echorouk, who claimed that the head of Ansare Dine with his lieutenants, found refuge in the kingdom under the protection of the Moroccan government.

Iyad Ag Ghali is closely linked with the Algerian government, as it was repeatedly shown by official reports and press releases, including the west and the USA, they had placed the Tuareg and jihadist organization,amongst  the list of terrorist organisations.