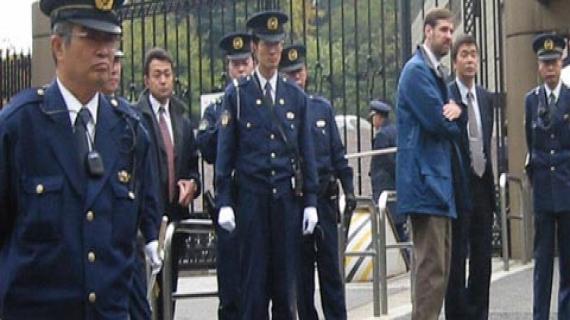 The Japanese Congress Library ( Kokkai Toshokan ) has made available to the public the 2013 report on terrorism ( Kokusai Terrorismu Youran 2013) published by the Public Security Intelligence Agency / kōanchōsa – chō (affiliated to the Ministry of Japanese justice).

The report contains a chapter on the activities of AQIM (Al- Qaeda in the Islamic Maghreb) and other areas in the Sahel region , including terrorist groups’ in Mali.

The report unveils existing connections between Polisario and AQAP (Al- Qaeda connections in the Arabian Peninsula) and AQIM (Al- Qaeda in the Islamic Maghreb).

Contrary to the fact that the Polisario Front constantly denies the suspicious connections with Al- Qaeda , the report stated in page 56 that :

“It is noted that AQIM has alliances with AQAP (Al- Qaeda in the Arabian Peninsula) and the Polisario Front in Algeria.

The report emphasizes furthermore the frequency of kidnappings of foreign tourists in the Sahara desert, and the exchange of the hostages against monies.

It is remarkable to note that the 2011 edition of this report has classified as well the front of Polisario as a terrorist organization.

The report is issued by the Public Security Intelligence Agency (koanchosa-cho) which is the national intelligence agency of Japan. The Agency is administered by the Ministry of Justice in the government of Japan, and is tasked with internal security and espionage against threats to Japanese national security based on the Subversive Activities Prevention Act.

As the national agency with the role to collect intelligence information, the PSIA contributes to Japanese government policy by providing relevant organizations with necessary foreign and domestic data (collected through investigations and intelligence activities) on subversive organizations. It’s also known that the PSIA is responsible for conducting surveillance and intelligence-related work on Japanese soil.