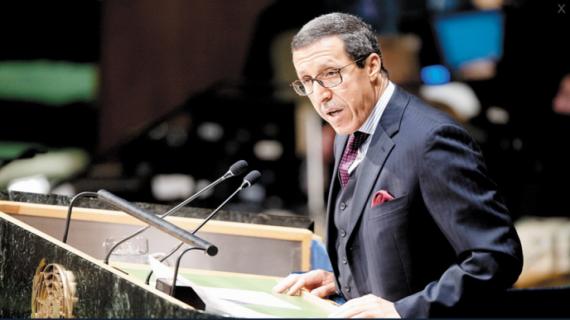 Morocco’s ambassador to the UN in New York Omar Hilale spoke on Monday before the UNGA 4th committee in charge of decolonization issues after examining the Sahara issue. He denounced the fact of keeping this issue on the committee’s agenda as it violates the UN charter and the UNSC mandate.

He also recalled that the UNSC took charge of the Sahara issue under the UN charter, chapter VI on pacific settlement of disputes, and this is why none of its 63 resolutions had described the Sahara issue as an issue of decolonization or as an occupied territory.