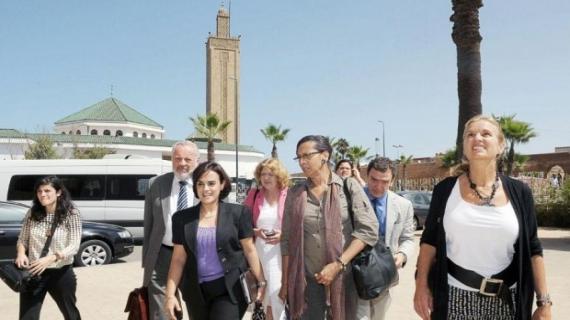 She has become the voice of a cause which, if ishe had known the agenda, she  would be terrified," said Richard Miniter, author of bestsellers on the list of New York Times, who visited the Tindouf camps where, he says, the sequestered populations are subjected to repression and abject deprivation.

Richard Miniter also wondered if Mrs. Kennedy "had knowledge of the case of Mustapha Salma Ould Sidi Mouloud and the fate of the leaders of the Polisario he had reserved" for daring to publicly declare his adherence to the Moroccan autonomy plan.

"The brother of Mustapha Salma, who works in the camps,was said to have suffered retaliation by the Polisario militia, because of the position taken by his brother," says the author of the article,who  had the opportunity to interview him.

Forbes Magazine comments, moreover, that  the relationship between the exacerbation of conditions in the Tindouf camps and the rise of criminal activities of the terrorist group Al-Qaeda in the Islamic Maghreb (AQIM), noting that the "Polisario" serves as an auxiliary force to the terrorist franchise in the region.

"Just last week, the French armed forces carried out a raid in a mountainous region of northern Mali, near Tigharghar, an operation in which the leader of a major faction of Al-Qaeda was killed and a member of the Polisario, "says Forbes Magazine, citing the French newspaper" Le Figaro ".

The involvement of more obvious members of the "Polisario" among terrorist groups in the region, is part of a "broader trend  saw separatist militants engage with militias the Gaddafi regime to suppress the Libyan revolution and fight the forces of NATO. "

To ignore the documented links between the "Polisario" and the terrorist group Al-Qaeda in the Islamic Maghreb, as recently confirmed the Malian Minister of Foreign Affairs, Tieman Coulibaly, is a dangerous option for the international community, warns  the American magazine, recalling, in this connection, the savagery with which supporters of "Polisario" killed and desecrated the body elements of the security forces during the incidents Gdim Izek.