Kerry postpones his visit to Morocco and Algeria 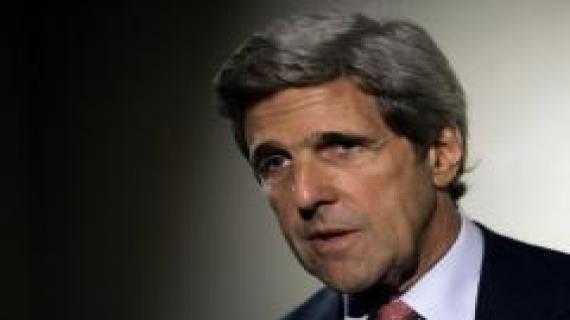 Washington has yet to confirm the last-minute cancellation of the planned visit to Algeria and Morocco, which had been due to take place over the coming days.

“Foreign Minister Ramtane Lamamra received a phone call from the American Secretary of State John Kerry, who told him that President Barack Obama had asked him to go to Geneva to take part in the current negotiations on the Iranian nuclear programme,” ministry spokesman Amar Belani said.

Kerry will head back to Washington after the talks “to report to President Obama and to update Congress on the developments relating to the Iranian nuclear file,” he added.

US officials indicated that “all the stages of the secretary of state’s trip, which was expected in the coming days, have been cancelled,” said Belani, citing by the national APS news agency.

Kerry broke off his Middle East tour early on Friday, which had already taken him to Israel and Jordan, to join the negotiations in Geneva at the invitation of EU foreign policy chief Catherine Ashton.

As well as Algiers, he had  been expected to visit Abu Dhabi and Rabat. Amid hopes of an imminent breakthrough in talks over Iran’s nuclear program, the British, French and German foreign ministers also arrived in Geneva after last-minute announcements they would join the talks between Tehran and their countries, along with the US, Russia and China.