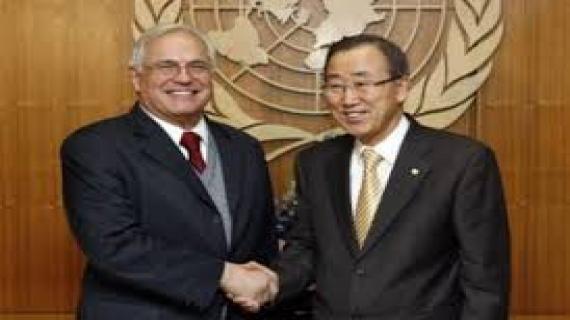 A group of key countries on Tuesday pressed Morocco and Western Sahara rebels not to block efforts by a United Nations envoy to renew peace talks between the two.

The United States, France, Spain, Britain and Russia all welcomed the announcement that UN envoy Christopher Ross would make a new trip to the region in a bid to revive talks that were suspended last year.

"The Group of Friends on Western Sahara encouraged the parties to show flexibility in their engagement with the personal envoy and each other, in the hopes of ending the current impasse and achieving progress towards a political solution," said a statement released by the five nations.

Ross will visit Morocco, the disputed Western Sahara territory, Algeria and Mauritania between Wednesday and April 3.

"The current conflict in Mali and the heightened risks of instability and insecurity in the Sahel and beyond make a solution to the Western Sahara conflict more urgent than ever," a UN spokesman, Eduardo del Buey, said in announcing the trip.

Morocco and Western Sahara separatists, the Polisario Front, have held several rounds of UN-hosted informal talks on the territory. But Ross halted these last year with both sides refusing to make concessions.

Morocco started to occupy Western Sahara in 1975 after Spain's withdrawal. The UN brokered a ceasefire in the Polisario Front's guerrilla war in 1991. While the Front demands a self-determination referendum, Morocco is only prepared to allow greater autonomy for the phosphate-rich territory.

Morocco said last year it no longer had confidence in Ross but has since agreed to hold talks with the US diplomat.