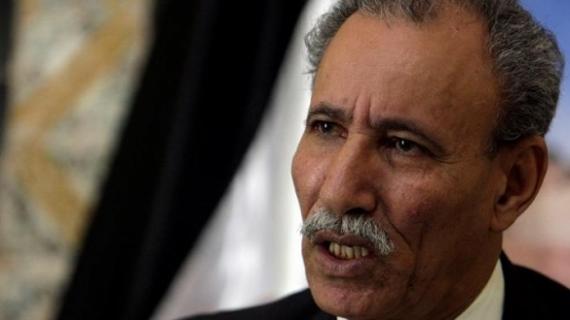 Polisario dissident group "Khat Ashahid" (way of martyr) launched, on Tuesday, a call on the Spanish authorities to arrest the leader of separatists Brahim Ghali in case he visits Spain, recalling that he is sued for crimes against humanity by Spain's highest national court "Audiencia Nacional".

The group calls, in a statement issued in Madrid, for the arrest of Brahim Ghali if he ever sets foot in Spain and to be brought to the Spanish justice to answer for his crimes against humanity which include murder, torture, enforced disappearance, terrorism and illegal detention.

The statement recalled that the polisario chief had the blood of innocent Sahrawis on his hands and was elected in a theatrical masquerade following the model of totalitarian regimes imbued with Stalinist ideology. On the same occasion, the group urged the Spanish political class and citizens to boycott Brahim Ghali, who is responsible of many atrocities perpetrated in the polisario secret dungeons and in the camps of Tindouf, in the Algerian territory.