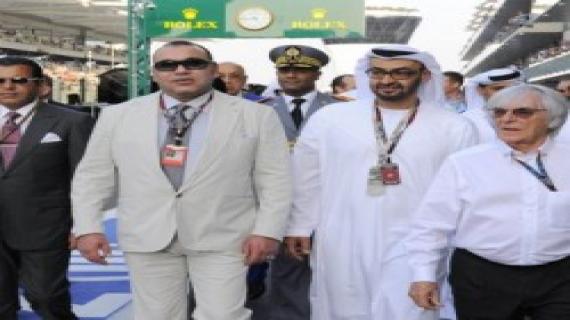 The sport event was marked by the presence of HH the Crown Prince of Abu Dhabi and several sovereigns and heads of states and governments, in addition to high-ranking figures.

On this occasion, HM the King, accompanied by the Crown Prince of Abu Dhabi, toured the Yas Marina Circuit.

Following its highly-acclaimed debut as part of the 2009 Formula 1TM Championship, the Abu Dhabi race has established a fast-growing and dedicated following around the world.