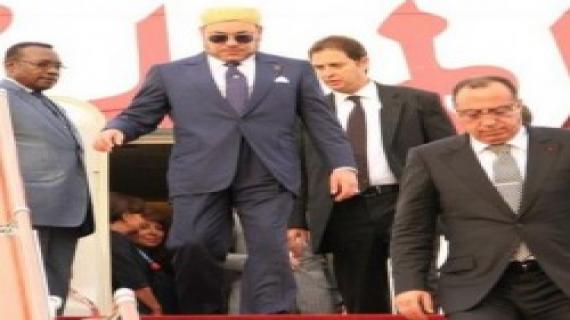 In a speech on the 38th anniversary of Morocco’s Green March, King Mohammed VI stressed Morocco’s commitments and achievements on human rights, noting the openness and freedom enjoyed by Moroccans in the Southern Provinces as well as in the north.

“Our aim is to see the Moroccan citizen properly honored, endowed with the attributes of full-fledged citizenship,” he said. “It is in this spirit that we have undertaken a series of profound reforms and major projects,” including the establishment of national institutions and regional bodies for the protection and promotion of human rights that are “known for their independence and credibility.” He also said that no country accepts being “subjected to behavior that is harmful to their security and stability, especially as violence, subversion and intimidation of citizens are incompatible with human rights, and the exercise of freedom can only be done in compliance with the law.”

King Mohammed VI rejected attempts by adversaries “to undermine Morocco’s reputation” and ignore its progress on freedom and human rights.  He pledged to continue to work with human rights organizations and to reach an equitable political solution for Western Sahara with the UN and its Special Envoy, and international partners who recognize Morocco’s achievements.

The King vowed to build on those achievements and on Morocco’s investment in the Southern Provinces by adopting the new regional development model proposed by CESE for increased economic and political autonomy. This is “an integrated developmental vision, based on an objective analysis of the current situation in our Southern Provinces… to make them a space for integrated development, instrumental in providing a dignified life for the people of the region.”

King Mohammed VI reiterated Morocco’s commitment to helping other African countries achieve the same dignity and human rights progress through continued cooperation “and active solidarity with these countries and to contribute to the achievement of the expectations of their peoples who aspire to development and stability.” He also noted that Morocco’s commitment to human rights extends to African immigrants, through Morocco’s “new comprehensive policy on immigration and asylum issues, based on a humanitarian approach in line with our country’s international commitments and respectful of the rights of immigrants.”

The King stressed Morocco’s “sincere commitment” to promoting peace and the rule of law in Africa, most recently through its “support for our sister country Mali in its fight against extremist and terrorist groups.”