Laayoune: 70 agents wounded in the ranks of Moroccan security forces 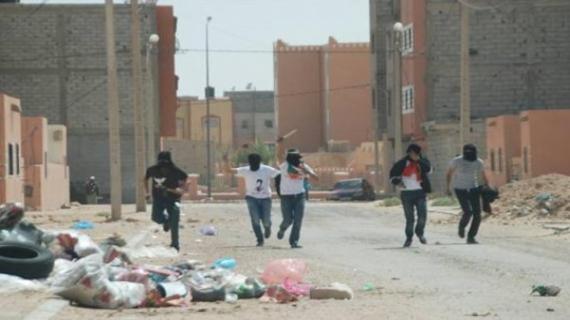 According to Abdel Basset Mahtat, governor of Laayoune, seventy agents from Morocco’s security forces were wounded during the turbulent events that the city witnessed over the last three days.

According to online newspaper Lakome, Mr. Mahtat affirmed in a statement to the national press that the interventions of security forces did not aim to arrest protesters, but only to disperse them in order to evacuate the streets and ensure the safety of civilians and public properties. Accordingly, security forces kept their composure without any recourse to violence, despite the violence staged against them by protesters. Mr. Mahtat further explained that the intervention of security forces was entirely monitored and under control, “Security forces were asked to not intervene before receiving an order from the city’s Attorney General.”

Mr. Mahtat added that a group of individuals working for foreign institutions also protested on the streets, carrying flags of unknown entities and chanted hostile slogans against Morocco.