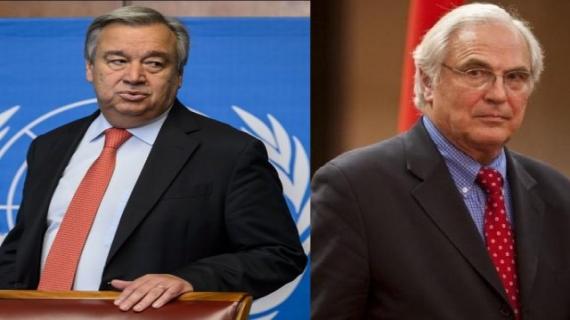 The news comes amidst an apparent reshuffling of UN departments by the new Secretary General of the UN, Antonio Guterres.

Ross, the former US diplomat, was known for his bias in the management of his mission and his inability to find an acceptable political solution to the territorial conflict between Morocco and Polisario.

Guterres, who is known for his understanding of the issue of Western Sahara and the political and diplomatic scene in North Africa, is expected to appoint the successor of Ross in April. The UN chief is expected to release his annual report on Western Sahara three weeks before the meeting of the UN Security Council scheduled to take place in late April.

Ross was appointed to the position in 2009 as replacement to  Peter Van Walsum, who had held it from 2005 and August 2008, when was forced to submit his resignation after telling the Security Council that the establishment of an independent state in the Western Sahara was “unrealistic.”

It was also reported that the Department for Peacekeeping Operations will be overseen by French diplomat Jean-Pierre Lacroix, succeeding Hervé Ladsous who is due to leave in April after holding the position for six years.

The United Nations Mission in Western Sahara, better known as MINURSO, part of the UN Department of Peacekeeping Operations, was established in 1991 after the international organization brokered a cease-fire agreement between Morocco and the separatist Polisario Front following 16 years of war.