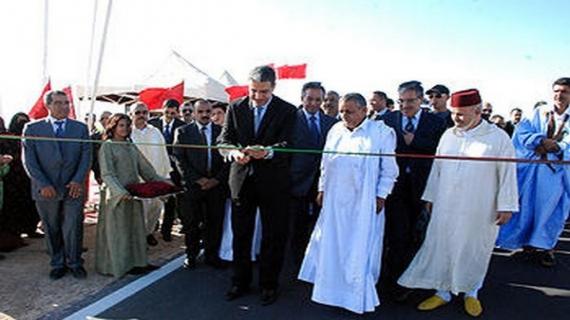 The maiden flight of the airline connecting the cities of Casablanca, Guelmim and Tan-Tan was launched on Sunday June 2nd, 2013 by a delegation led by the Minister of Equipment and Transport, Mr. Aziz Rebbah.

Royal Air Maroc’s takeover of this line, which was eagerly awaited by the population of the southern provinces of the kingdom, operates fifteen days after signing three agreements aimed at strengthening domestic airlines.

The agreements mobilize an amount of MAD 87.5 million for routes to the cities of Guelmim, TanTan, Laayoune and Dakhla.

The national airline company Royal Air Maroc (RAM) is also committed to increase its flights to these destinations via daily flights to destinations like Laayoune and Dakhla, in addition to the launch of flights to five weekly frequencies for the routes of Guelmim and Tan Tan.

In the opinion of local elected officials, civil society actors and entrepreneurs in the southern provinces, the resumption of these flights will certainly contribute to economic and social development, as well as the tourism sector in these regions of the Kingdom.