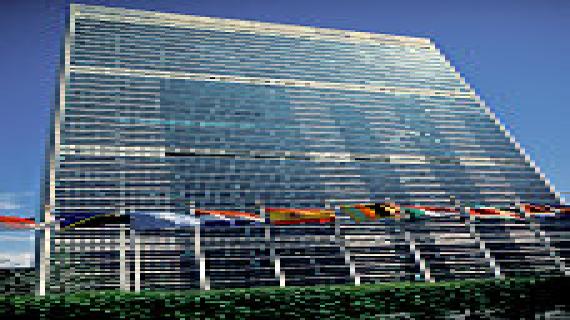 The Leadership Council on Human Rights is stunned by the arrogance of the RFK Center who distorts the reality on the ground and use lies about Morocco in order to undermine US Policy at this critical time when Morocco is our only real ally in the region. The politics of personal relationship that Kerry Kennedy entertains with the Obama Administration has no place in preventing violence and chaos in this ever changing world. RFK’s announcement of the US shifting policy towards Morocco’s sovereignty is yet another attempt by Algeria to derail the ongoing negotiations on the extension of the MINURSO mandate.

Kathryn Cameron Porter is equally disappointed by the lack of reality in UN Secretary General Ban Ki-Moon’s Report of the Secretary-General on the situation concerning Western Sahara and concerned that the lack of understanding means that the United Nations is ill-prepared for potential security concerns in the region.

The Secretary General missed an important opportunity to highlight the reality of the security situation in the Western Sahara when he failed to discuss the relationship between the Polisario Front leadership and AQIM. Furthermore, the Secretary General completely ignored the direct political and fiduciary role that Algeria plays in the conflict and instead accepted the status quo, allowing Algeria to be the man behind the curtain.”

Numerous experts have emphasized the ever-strengthening relationship between leaders of the Polisario Front and organizations such as al Qaida in the Maghreb and Movement for Oneness and Jihad in West Africa. Recently, the involvement of Polisario members in the fighting in Mali was confirmed by numerous sources.

“One of the most concerning elements of the Secretary General’s report is the equivalence granted to the Polisario,” Ms. Porter continued. “The Kingdom of Morocco is an independent sovereign state, while the Polisario is well known and recognized as a puppet of the Algerian regime. To equate the two offers conflated status to the Polsiario and undermines Morocco’s sovereignty, while at the same time calling into question the objectivity of the Secretary General and consequently the entire UN system.”

The role of the Secretary General should be to minimize the potential for conflict rather than fomenting chaos by ignoring the reality on the ground and listening to those who feel they can control world events with arrogance and untruth. The whole world should condemn this erroneous report and RFK Center hostility towards a friendly country like the Kingdom of Morocco. Conflict cannot be avoided with arrogance and lies.