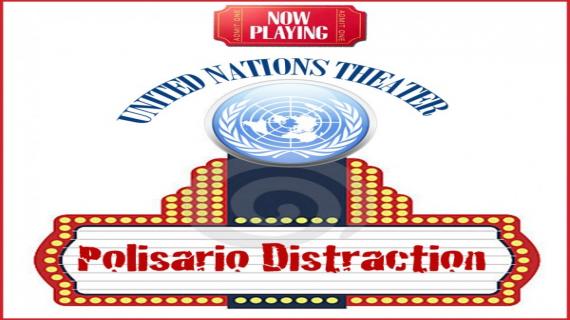 The U.N. Security Council is currently debating a draft resolution on whether or not to extend the peacekeeping mission in the Western Sahara (MINURSO) ahead of the April 30, 2013 deadline. For more than 20 years, the U.N. Security Council has debated, then renewed the mandate of this U.N. body rather perfunctorily—needlessly prolonging a nearly four decades old conflict.

But this year, the Polisario Front (a Cold War era separatist movement operating tightly controlled camps with thousands of Saharawi refugees in southern Algeria, which seeks to take over the Moroccan controlled Western Sahara), has put on quite a show at the U.N. – even enlisting the help of Oscar-winning actor Javier Bardem – to distract the debate away from its intended purpose.

Let me breakdown what’s going on by answering three questions:

Why is the Polisario Front pushing so hard for a MINURSO human rights monitoring for the Western Sahara?

Because it distracts from the real issue at hand: solving the Western Sahara dispute so that MINURSO won’t be necessary. If distracted, the international community is not focused on the fact that in 2007, Morocco proposed a compromise plan to resolve the conflict once and for all – a proposal that the U.S. and many in the international community called “a serious and credible basis for a negotiated solution.” If distracted, the Polisario hopes we will all forget that they refuse to even discuss the proposal during negotiations nor have they offered any plan of their own which was welcomed by the international community. In fact, the Polisario’s response has increasingly been to threaten a return to armed conflict in a region already in turmoil.

Why can’t we do both – work towards a solution while protecting human rights?

Human rights are already being protected in the Moroccan-controlled Western Sahara. First, the Moroccan constitution guarantees personal safety and protection of liberties for all, without making any distinction between those that live in the Western Sahara and other parts of Morocco. Second, Morocco has established the National Human Rights Council (CNDH) and continues to reform this body to broaden its mandate and make it more independent. Third, there is no shortage of very vocal civil society groups and press outlets that are very effective watchdogs who openly criticize Morocco when necessary–and the Moroccan government allows them to operate freely.  Furthermore, international human rights groups like Human Rights Watch and Amnesty International regularly conduct investigations in Morocco and even hold open press conferences about their findings in country! If you still have doubts, Royal Air Maroc has regular direct flights out of JFK, and all you need is your passport because Morocco doesn’t even require Americans to have a visa to go down to the Western Sahara to see for yourself.

But this is not the case in the Polisario controlled refugee camps in southern Algeria. Many groups like the U.S. Committee for Refugees and Immigrants have documented severe restrictions on thousands of refugees being held by the Polisario including a “detention center for women pregnant out of wedlock,” and testimony from one camp resident the he was jailed for “close to three months chained inside a food container” because he and his wife had attempted to flee the camps.

For this reason, I found the report issued this week by the Robert F. Kennedy Center for Human Rights extremely disingenuous because they describe these camps in near utopic terms, not mentioning any of the well-documented abuses by the Polisario from other respected human rights organizations. They also conceal that human rights groups are not allowed to go to the refugee camps without the Polisario’s permission and under its strict surveillance.

So, why does all this matter anyway?

As the vote approaches, the United States must not be distracted or manipulated by the Polisario and “grow” what is supposed to be a temporary peacekeeping presence. MINURSO should not be tasked into perpetuity, but firmly directed so that it becomes history and the valuable resources it takes up can be used elsewhere.