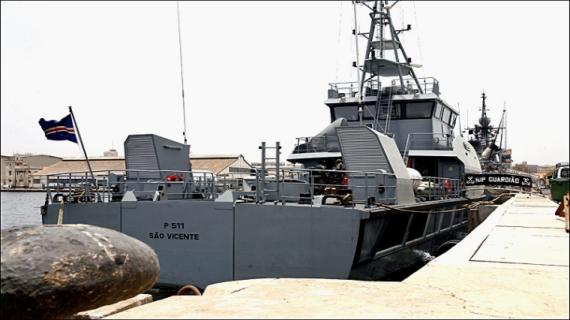 The new marine drill, dubbed “Saharan Express 2013″, was launched off the Mauritanian and Senegalese coasts. Mauritania, Morocco, France, Britain, the United States, and several other African and European countries took part in the week-long exercise.

“The importance of this exercise lays in co-ordinating the efforts of participating marine forces in countering different threats, including illegal fishing and arms smuggling,” US exercise director Captain Andrew Lennon explained.

It has special importance for regional countries because it gives them the chance to share experiences and knowledge about marine operations, he added.

Experts stressed the significance of the Saharan Express 2013 training.

“The safety of marine space is a main bet for Sahel countries because it will protect oil that passes everyday through the Atlantic Ocean,” Omar Wad, spokesperson for the Senegalese Marine Forces General Command, told Sahara Media.

“Commodities passing through the ocean, especially along the shores of countries participating in the exercise, represent 80% of world commodities,” he added.

“Stepping up the surveillance of these shores and co-ordination of efforts of countries concerned would prevent piracy,” he said.

“Sea smuggling significantly affects the budgets of countries from which smuggling originates or in which it lands,” he explained.

“If commodities legally pass, taxes will be levied and collected by the countries concerned. After all, the largest part of these countries’ budgets mainly depends on taxes,” he added.

Many observers consider the development of such international military partnerships as a result of the existing security threats coming from the Sahel.

The closing ceremony came just a week after the completion of the previous two-week Flintlock 2013 exercise, which focused on the fight against terrorism and trafficking.

It involved a multi-national force in which over 1,100 soldiers and airmen from 20 African, European and North American countries participated. The drill, launched on February 20th, took place in Mauritania’s Assaba and Hodh provinces.

“This is in addition to monitoring any possible movements that terrorist groups, which have recently threatened Senegal, might take,” Ould Ahmedu said.