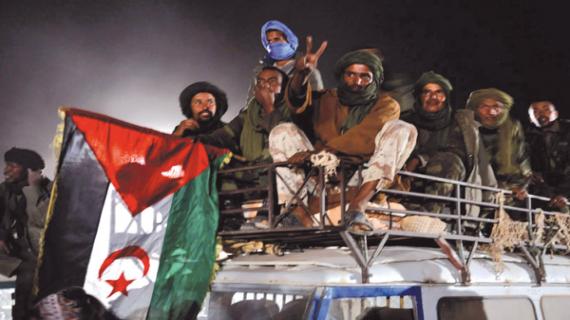 "Many fighters of the Movement for Uniqueness and Jihad in West Africa (Mujao), one of three armed Islamist groups who occupied the northern Mali for several months in 2012, have returned to the Polisario camps".

Thus said a high-ranking officer in Malian army ,sure of this information, deployed in northern Mali, in the framework of the Franco-African coalition, fighting Algerian 'terrorist' groups in the Sahel.

According to the French news agency, AFP, who collected his statement, the Polisario Front has offered shelter and hiding places for MUJAO fighters whose quota is formed largely by the Polisario militia, according to what the Minister of Foreign Affairs of Mali Tieman Coulibaly said.

Indeed, the Malian Minister, stated that the Polisario mercenaries collected in delivering its militia groups against the payments of 600 Euros per head Algerian 'terrorists'  in groups raging in northern Mali, and which fought with the French army.

The Malian military has concluded that "recently, when the highest authorities of the UN have expressed their concern and called for the urgent resolution of the problem, posed by the Polisario  which risks making a new centre for jihadists in the camps ."