Malian Minister: The Polisario made monthly payments of 600 euros to mercenaries with MUJAO 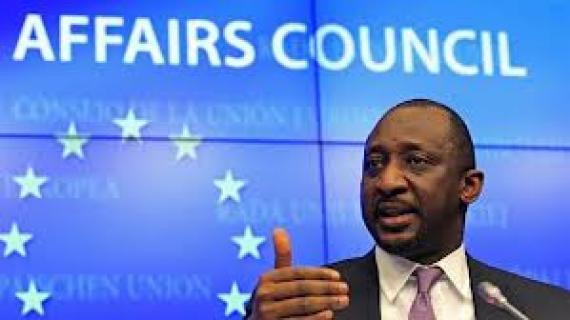 New York: Tieman Coulibaly, Malian Minister of Foreign Affairs, speaking Friday in New York, confirmed the existence of elements of the Polisario in the ranks of the Movement for Uniqueness and Jihad in West Africa (Mujao ).

"Polisario elements from the Tindouf camps have been identified within MUJAO fighters operating in northern Mali," said Minister Coulibaly.

Malian Minister made the statement on the sidelines of his talks at the headquarters of the United Nations, including the UN Secretary General, Ban Ki-moon, the Secretary-General for Operations Peacekeeping, Hervé Ladsous.

Coulibaly reported the Polisario militia recruitment as mercenaries with the Mujao monthly financial rewards "recruitments were made in the region to feed the ranks of  MUJAO criminals with salaries ranging from 200 to 600 euros, depending on the circumstances and situations, "said the minister.

"The action of some extremist networks that are interested in entering into this kind of criminal intentions."

"This is a project that not only threatens Mali, but the entire region. What happens in Mali (although) located (...) is actually a threat that is addressed to the whole region and even beyond the Mediterranean, "he warned.

The Malian Minister announced his intention to go to Morocco soon to discuss the situation in the Sahel and "thank" the Moroccan authorities for their support to the Malian people.

We support Morocco for political and humanitarian reasons  "he said," it is also the first country to send a humanitarian cargo sent when the Malian government began to crumble "the minister said Coulibaly.