Marines and U.S. warplanes in Spain, in anticipation of a fall of the regime in Algeria 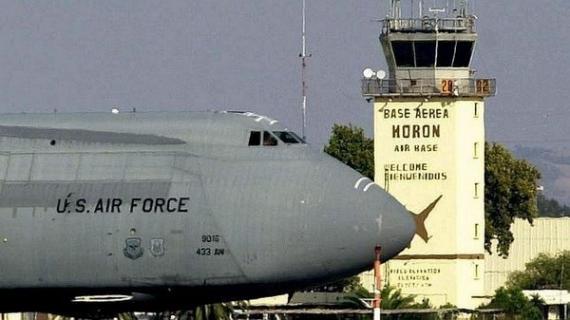 The government of Mariano Rajoy has allowed the U.S. to diligently deploy on Spanish territory, a quick reaction force in anticipation of widespread chaos expected in Algeria.

The base at Morón de la Frontera situated in the province of Seville in Andalusia, will deploy in the coming days, half a thousand elements of special forces, under the Marine Corps of the U.S. Navy, and 8 U.S. military aircraft.

This  American force will be invested with the mission to intervene in Algeria, where the beginnings of widespread chaos are more apparent, especially in the south, and the approach of  the presidential elections , the current President Abdelaziz Bouteflika, intends to stay in power forever by fashioning a poll succeeding in a fourth term for himself.

According to the London newspaper Al Quds Al Arabi reported this information, the Spanish decision to allow the U.S. to deploy their forces, has taken unusually quickly.

Indeed, a few days were enough for Mariano Rajoy, to convey the green light to Washington to send its forces and aircraft, demonstrating its haste, the imminent danger smoldering in Algeria, the regime could fall into disuse any time.

The same source reported that 500 marines will be responsible for ensuring the safety of some U.S. citizens in Algeria and the U.S. diplomatic staff, and operate their removal from the country.

Remember that Bruce Riedel the American former presidential advisor who served under four presidents, predicted in Algeria, the explosion of a popular uprising that would come to the end of the military dictatorship in place.

At a  conference in December 2012 at the Elcano Royal Institute in Madrid conference, Bruce Riedel, one of the American experts, the most prominent specialised in terrorism issues, security and Middle East policy, said that "Algeria suffers from a police state, the society is enclosed and no willingness among reformers in power, is on the horizon."

"The same conditions that led to the popular uprising in Egypt, are gathered in Algeria, growing population pressure poorly mastered and a youth in distress, despair and the complete absence of any political opening"  he analysed.

Bruce Riedel then warned that "spending billions of dollars to buy a temporary silence of people will no longer be of any effect in the near future."

He concluded that the process is initiated and the widespread popular uprising willarrive shortly.

His lecture in December 2012, his predictions proved correct, this month of April 2013, reflected popular discontent in the south and in Kabylia with the violent repression by the regime, and serious violations of human rights on accompanying them only reinforce them.