Martin Nesirky: Solution to the Sahara will be a 'Give and take' between the parties 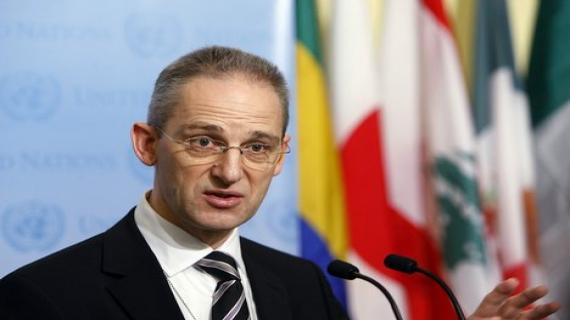 After the impasse on the Sahara issue, the spokesman for the UN Secretary General, Martin Nesirky has revealed the new direction emerged from the negotiations of the members of the Security Council on the conflict in the Sahara.

"The Security Council heard a presentation by the staff of the Secretary-General for Western Sahara, Christopher Ross, in closed consultations Sent" formally informed Martin Nesirky.

"Christopher Ross during this meeting, presented the latest report of the Secretary-General to the Security Council urges the parties to engage in meaningful negotiations," he said.

According to Nesirky, Ban Ki Moon, the Secretary General of the UN urged Morocco and its opponents to accept the fact that none of them would get all of its claims and that a compromise must be found.

"The UN calls on the parties to engage seriously in a process of 'give' and 'take' for a middle or permanently possible, lasting and mutually acceptable solution," said Martin Nesirky quoting Ban Ki Moon .

One recalls that a compromise was also the fruit of this impasse on the front of the American project on expanding the mandate of MINURSO to issues of human rights, and the U.S., according to diplomatic sources on site have withdrawn it .