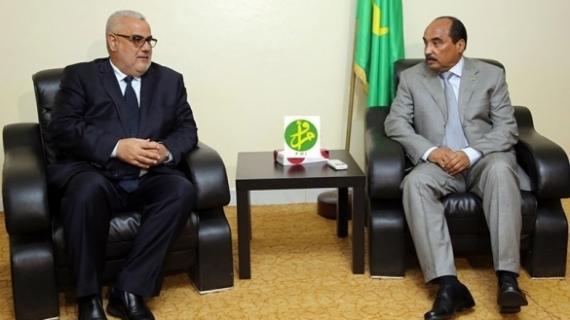 Mauritania has announced that it will vote in favor of Morocco’s return to the African Union, local media said.

The Mauritanian support for Morocco’s bid to regain its place within Africa’s institutional family came after the two countries mended ties following a controversy sparked by statements prejudicial to Mauritania’s sovereignty uttered by Secretary General of the Istiqlal party, Hamid Chabat.

Chabat has previously said in a rally that Mauritania has been part of Morocco’s historical territory stretching from Tangier to the river of Senegal. These statements infuriated the Mauritanian political class and triggered an urgent response from the Moroccan diplomacy which rushed to contain the crisis.

Morocco and Mauritania are also at odds over a set of other issues, including Mauritania’s condoning of the Polisario’s use of its lands to provoke the Moroccan army in the border area of Guerguarat. The Mauritanian regime, for its part, wants Rabat to expel opposition figures of President Ould Abdelaziz.

Recently, 38 African countries sent letters to the African Union supporting Morocco’s return to the pan-African organization. Such support puts pressure on the Polisario whose status within the AU is shrouded in uncertainty.