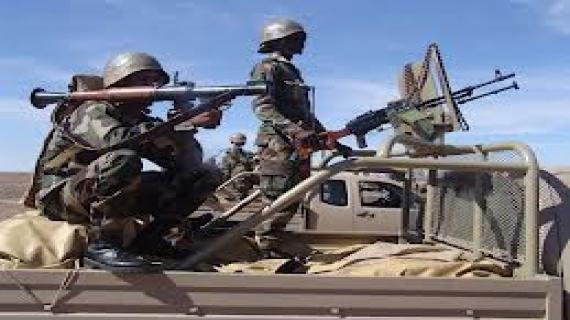 According to several news reports that the Mauritanian newspapers Mauritanian army lifted a state of alert limits of Mauritania and the buffer zone in the Moroccan desert in the wake of intelligence reports spotted suspicious movements of the elements of the Polisario into Mauritanian territory.

It Baldkran Mauritanian army forces 10 days ago to withdraw Alam Albolesayu of one of the buildings of the surveillance Polisario militia on the border and gave this topic militias for 15 days to leave the area.

Case raises more than a question about some areas of Morocco, which is still T_haa Mauritanian forces Kalkwyrh and many areas within the buffer zone, which toured the militias Polisario amid silence by the Moroccan authorities and the international community and the forces of MINURSO, which allowed the militias Polisario presence in Tifariti and Bir Lahlou and other areas by the Moroccan army withdrew after the cease-fire agreement.