Member of Polisario, with Abou Zeid, arrested by French army 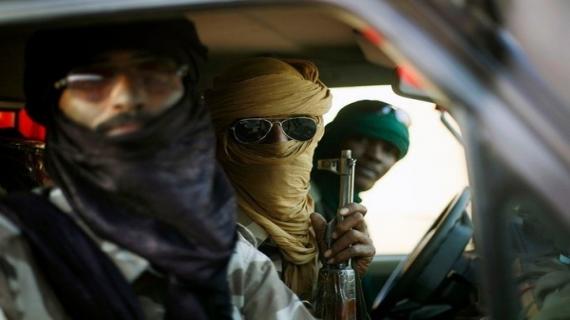 French forces have managed to capture AQIM fighters, survivors of  the aerial bombardment, which killed many of them as testifed by  media and aural evidence to the death of Abdelhamid Abou Zeidthe AQMI leader.

These members of his group of fighters formed his bodyguard, composed of about 40 individuals.

Prisoners arrested by the French army are among  the seven fighters.

Among them was a member of the Polisario, in addition to four young fighters from the region and an Algerian an a Mauritanian.

The Polisario man was taken prisoner by the French, thus confirming the numerous official and unofficial reports, which alerted readers since the crisis erupted north of Mali to the strong involvement of  the Polisario in combat and enhancements of Algerian terrorist groups rampant in the Sahelian region.

Habib Ould Issouf, a Nigerian head of MUJAO Gao, had himself boasted in a statement to AFP of the 'invaluable support of his brothers the Polisario': "They want war? We're going to war. This is why our brothers come from everywhere. They come from the Tindouf camps in Algeria, Senegal, Côte d'Ivoire, everywhere. "

He spoke last October, even before the outbreak of hostilities with the French army.

Statements Malian officials, including former Prime Minister Cheikh Modibo Diarra, or the current Minister of Foreign Affairs Tieman Coulibaly are  in the same direction, as well as reports of American and European experts who all pointed to the Polisario involvement of allied groups of Algerian and Saleian 'terrorists'  in Northern Mali.