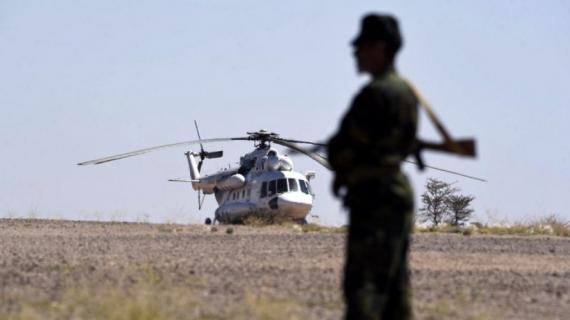 The UN has cut peacekeeping budget after being pressured by Trump's administration. On Friday the General Assembly agreed on reducing the expenses of the UN missions including the Minurso, which canceled the purchase of a new helicopter.

MINURSO was not an exception when it comes to the significant cuts in the budget for the UN’s far-flung peacekeeping missions, a reduction that the Trump administration fought hard to achieve though it wanted an even larger decrease. The mission should be thankful as the cuts remain below those announced behind the scenes of the international organization.

«The budget of the peacekeepers in Western Sahara has fallen by only 6% instead of the 20% proposed previously. The financial envelope dedicated to paying the wages of the local labor force working for MINURSO will be reduced by only 3% instead of 6% originally planned», a source close to the case told Yabiladi.

No new helicopter for the Minurso

Would these cuts have a significant effect on the Mission's role and duty in the region ? Indeed the reduction is part of a new context and comes with new challenges for the United Nations soldiers in Western Sahara. This is evidenced by the deployment in the Guerguerate area with the installation of a 6th Team Site of MINURSO. This requires men, financial and logistical means to perpetuate the fragile status quo.

Without forgetting that the mission could be targeted by serious terrorist attacks. «While interventions in the province are increasing significantly, MINURSO will have to do this year with the purchase of the helicopter to Monitor the area and provide protection to the various patrols of United Nations soldiers», the same source indicated.

For the record, in a report issued on the 10th of April about the Sahara in the UN Security Council, the UN Secretary-General, Antonio Guterres had pleaded for an increase in the budget of MINURSO. A wish that has gone astray due to the US $ 600 million reduction in the US contribution to UN peacekeeping operations.