Le Monde : In Algeria, the "separatism" in the South, a matter of "taboo" even more than that of Kabylia 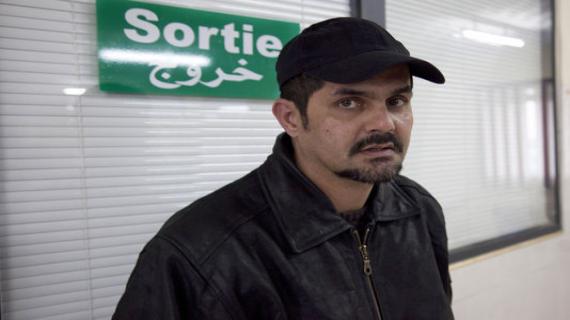 In Algeria, the "separatism" in the South is "a taboo subject even more than in the north of Kabylia," as more and more young people in this region rich in hydrocarbons, marginalized by unemploymet and without prospects are "supporters of separation" with the rest of the country, writes the French newspaper Le Monde in its edition dated Sunday and Monday.

In a report sent its special correspondent in Algiers, Isabelle Mandraud, the newspaper cited the testimony of union activist and human rights, Yacine Zaid (41 years old) who is concerned about the situation in the south of Algeria in a story "seizing" his discussions with his fellow inmates in the prison where he was in Ouargla remanded from 1 to 8 October before being sentenced to six months suspended sentence for contempt .

These young Native prisoners are mostly like him of southern Algeria, a region rich in oil and populated, for the most part by Algerian Tuareg, but with a very high unemployment rate .

"They hate. They told me they had never succeeded, even with MES diplomas to get a job in an oil company, except for15,000 dinars (less than 150 euros) from a subcontractor," notes a militant Algerian representative of the League of Human Rights in Laghouat in southern Algeria, which is "often in the crosshairs of the Algerian authorities."

"For them, all the jobs were monopolized by the Algerians from Oran, Algiers and Constantine. They focus on people from the north, parachuted by knowledge. For the first time I heard of separatism in the South, "he said.

In "Straight Talk," the activist cellmates him relate how they survive. "They all said: Yes, due to the smuggling of cigarettes, he steals Toyota, because in a family of 15 people, one third do not work. When you argue with them, they always return to their conditions of life which is worse. they say: We will not stand idly by. "

"Some are attracted by armed groups, others say they are in favour of a separation of the South, but in reality they do not want that. They are pushed into it," he says.

"I tried, he said, to convince them that the only way to get things done was the peaceful way because violence is the only ground that the power control. I do not understand the silence of authorities on these issues. The officials are pseudo-associations and stifle all other voices. The only answer is more dams and more security. "

But things are deteriorating and the number of "membership of the violence is increasing," he warns.

"Do we really know what is happening in the cities? No. The only solution is to restructure the civil society. I am not in favor of going out into the street, as in Tunisia, without being sure that civil society can take over to avoid a bloodbath. But in the south the danger comes to us, "he warned.