Moroccan Autonomy Plan Has Similarities with Other Countries’ Autonomy Systems 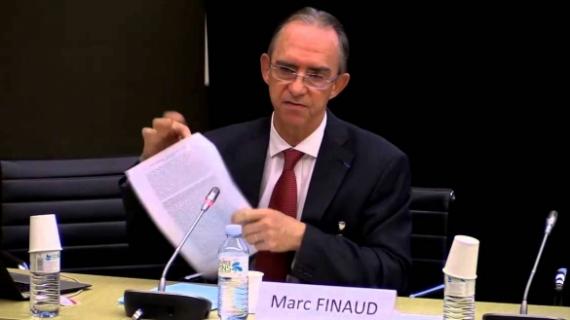 The Morocco-proposed autonomy plan for the Sahara has many similarities with autonomy systems in force in Canada, Europe and the Caribbean states of Trinidad and Tobago, St. Kitts and Nevis and Antigua and Barbuda.

This viewpoint has been underlined by many experts from some of these countries who were attending an international seminar on “external relations of autonomous regions and cross-border cooperation,” organized last Monday at the UN headquarters by Morocco’s Permanent Mission to the United Nations.

Experts, researchers and academics from Canada, Italy and Trinidad and Tobago participated in the debates, monitored by Marc Pinaud, Senior Advisor at the Geneva Centre for Security Policy.

Marc Pinaud noted in his presentation that “the great innovation of the Moroccan project is that it stipulates a division of powers between the central government and the autonomous region, including in the field of external relations.”

Pinaud deemed that “the extent of the powers of the Autonomous Region (in Morocco) would go well beyond what is currently practiced in most autonomous regions.”

The expert pointed out that in the case of the Moroccan Sahara, “not only the region would be consulted by the Central Government on international activities falling under its prerogatives, but the Moroccan Initiative also allows the Autonomous Region to conduct its own external relations in the now internationally recognized framework of decentralized cooperation.”

President and CEO of the International Partnership of Montreal, Canada, Prof. Jean-Louis Roy, on his part, underscored the similarities between the system of Canadian Provinces and the Moroccan autonomy initiative in matters of external relations.

He explained further that the representation of the populations of the Sahara Autonomous Region in the Parliament and other national institutions, as provided for in Article 18 of the Moroccan Autonomy Plan, will allow the region to defend the interests of the local population and to ensure that their concerns are taken into account by the central Government.

In the opinion of many legal pundits in international relations, the autonomy project, as presented by Morocco to the UN, is a model that meets the democratic and liberal logic.

This proposal, inspired from some foreign experiences, primarily the Spanish system, provides for a rational division of powers between the central government and the autonomous regional entity, while respecting the unity of the Nation-State, argued the participants in the seminar, who pointed out that the Moroccan autonomy initiative is today, more than ever before, the way to any political settlement of the Western Sahara conflict.