Moroccan FM meets with UNSG Personal Envoy For the Sahara

A statement by the Moroccan Ministry of Foreign Affairs says that Ross’s visit is part of a tour in the region in implementation of the UN security council resolutions.

Last week, Ross visited Algeria, the main backer of the pro-independence Polisario Front, where he met Prime Minister Abdelmalek Sellal, and then travelled to the Sahrawi refugees camps in Tindouf, in western Algeria, where he held talks with Polisario leader Mohamed Abdelaziz.

Appointed in 2009 as the personal envoy of UN chief Ban Ki-moon to the Sahara, Ross said after his last regional tour in October that there was still no hope of convening face-to-face talks between Morocco and the Polisario Front.

“He will convene another round of face-to-face negotiations between the parties only when prospects for progress at a joint meeting of the parties improve,” said a UN statement released after the Security Council talks.

His comments came as a diplomatic row erupted between Rabat and Algiers after Algeria’s President Abdelaziz Bouteflika publicly criticised Morocco’s human rights record in the Sahara, sparking an angry exchange between the two neighbors.

The Algeria-based movement rejects Morocco’s proposal of broad autonomy for the territory, insisting on its right to a promised referendum on self-determination.

Successive attempts by the United Nations to broker a permanent settlement have got nowhere.

Christopher Ross has reportedly refused to meet with Sahrawi protesters, who had been demonstrating against the Polisario Front before the Office of the UN High Commissioner for Refugees (HCR). The protesters have been calling for the improvement of their living condition in the camps. 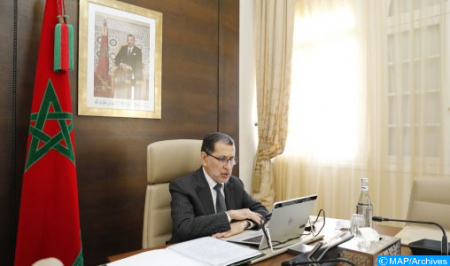