Moroccan FM: Morocco membership in any organization cannot be at the expense of territorial integrity and sovereignty 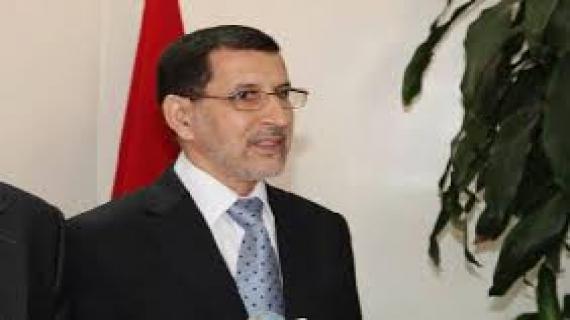 Morocco's membership to any organization cannot be at the expense of its territorial integrity and sovereignty, said Moroccan minister of foreign affairs and cooperation, Saad Dine El Otmani.

In an interview with MAP, the minister recalled that "Morocco was a founding-member of the Organization of African Unity (now known as the African union) and remains proud of its African identity", adding that "membership to any entity or grouping will not be at the expense of its territorial integrity and sovereignty over all of its lands."

Regarding the remarks by several observers deploring Morocco's absence from the Pan-African organization, El Otmani said Morocco was invited, on several occasions, to join brothers within the organization. But, he insisted, "Morocco cannot be a member as long as it admits a bogus entity".

Leaders of the countries visited by HM King Mohammed VI this month, namely Senegal, Cote d'Ivoire, and Gabon, have all insisted on the need for Morocco to return to the African Union fold, he went on.

This African tour was also an opportunity for these countries to reiterate their firm and steadfast support to Morocco's territorial integrity and to the Moroccan initiative to grant large autonomy to the Moroccan southern provinces as the only appropriate solution to this regional artificial conflict, he added.