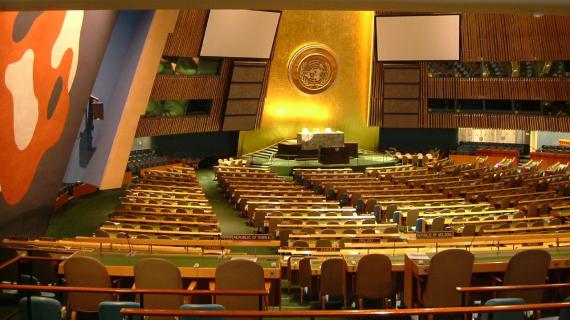 The UN General Assembly affirmed, in a resolution adopted without a vote on Tuesday, “the inevitability of a negotiated and realistic solution” to the Sahara issue.

The text called on notably the States of the region to fully cooperate with the efforts made under the auspices of the United Nations and with each other to reach a mutually acceptable political solution to the regional dispute over the Sahara.

The resolution also called on the parties to continue to show political will and work in an atmosphere propitious for dialogue in order to enter, in good faith and without preconditions, in a more intensive phase of negotiations, taking note of the efforts and developments made since 2006, ensuring the implementation of these resolutions.

The UN General Assembly expressed support for the approach of the Security Council since the adoption of resolution 1754 (2007), referring to Morocco’s submission of the autonomy initiative for the Sahara region, which was welcomed by the Council and the entire international community as serious and credible to settle this regional dispute.

In this resolution, the General Assembly agreed “with the Security Council on supporting the negotiation process initiated by Morocco’s autonomy proposal.”

By endorsing the UNSC resolutions, the Assembly confirms the pre-eminence of the autonomy initiative which matches the objective pursued by the United Nations, namely a compromise solution reconciling the interests of all parties which preserves the sovereignty of Morocco, and guarantees self-management by local people of the Sahara region through democratically elected bodies, “Ambassador of Morocco to the UN, Mohamed Loulichki told MAP.