For Moroccans expelled from Algeria, 38 years later nothing has changed. 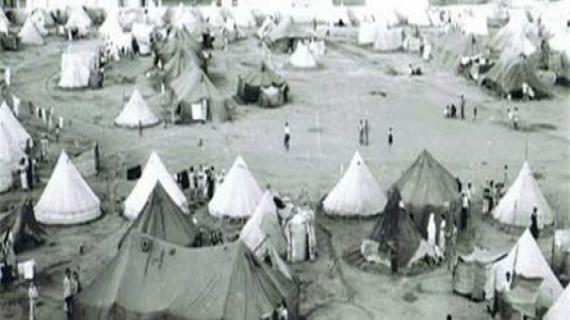 Sunday, the city of Kenitra hosts a conference organized by the association for the defense of Moroccans expelled by Algeria . Thirty- eight years later , the cause fails to extricate itself from the tentacles of the status quo . Returning to a tragic event.

Between December 8 and 30 1975, 40 000 Moroccan families were expelled by the Algerian Rulers , leaving behind them almost all their possessions . An operation which was preceded by the census and identification of Moroccan nationals , initiated immediately after the speech of King Hassan II of October 16 1975 announcing the Peaceful Green March.

Although this is a sufficiently publicized case that even made its way to international forums (European Parliament and Council of Human Rights of the UN, in particular), it is clear that things are moving very slowly. The tragedy of these families ruthlessly expelled from Algeria without advanced notice because of a political dispute over the Moroccan Occidental Sahara is still very far from knowing an end.

Victims of both States

Thirty-eight years later, many families expelled from Algeria live in poverty. Today, they're forced to leave school classes or small homes offered to them by the Moroccan Ministries of Health & Equipment and serve as free housing since their return to Morocco. They are again threatened with eviction but this time at the behest of Moroccan courts, says Mohamed El Harouchi, president of the association for the defense of Moroccans expelled from Algeria.

"After the death of the father or his retirement, ministries want to recover their property, except that the families do not have the financial means to afford new apartments" he complained. Annoyed, he recognizes that they are "victims of Moroccan and Algerian states."

Subjected to a hypothetical normalization of relations

From 1975 to 2005, the file of the expelled from Algeria was in total hibernation. While in 2003, the government Jettou asked his Algerian counterpart to create a commission consecrated on this issue. But the process had suffered an estoppel from Algerian authorities who considered the request null and void. And it was not until 2005 that the victims have decided to take their destiny. ADEMAE has then emerged to try and shake the tree.

Nowadays, we can even count four straggling associations, that defend the same cause. This situation benefits the Algerian Rulers but also "some Moroccan officials who do not wish that our cause gets highly publicized and become a source of concern for the authorities of the eastern neighbor," said El Harouchi.

Depending on a hypothetical normalization of relations with Algeria, the file of the expelled is paying a heavy toll. The Flame of dreams for 40,000 families to recover their lost properties is on the verge of dying out completely. They continue however to hope they retain the "housing allowance" granted to the fathers the day after the expulsion from Algeria. And it would be probably the only consolation prize. Even the draft complaint against Abdelaziz Bouteflika before the Audiencia Nacional of Madrid, just went down the drain.