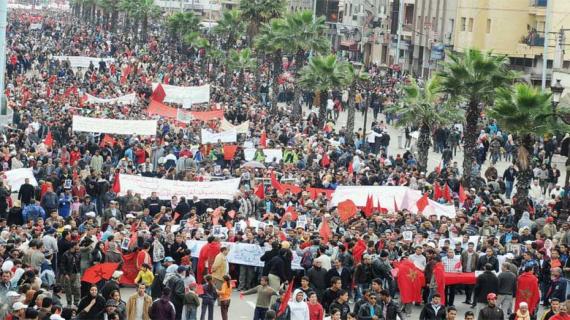 Moroccan political parties and trade unions have decided to organize a march on Sunday in Rabat to protest the statements made by United Nations Secretary General last weekend in the Tindouf camps, in southwestern Algeria.

The march will start at 1 pm local time and will depart from Bab Chala, one of the most emblematic areas of the Moroccan capital.

During his first trip to the Tindouf camps last Saturday, Ban Ki-moon made statements that have been described by the Moroccan government as “departing from his impartiality and neutrality” as Secretary General of the United Nations.

The UN chief used the term “occupation” when referring to Morocco’s sovereignty over the Western Sahara, a Moroccan territory that is claimed by the Polisario, a separatist movement supported by Algeria.

The statement caused an uproar in Morocco, prompting to issue a communiqué on Tuesday in which Morocco denounced Ban Ki-moon of “bias” in favor of the Polisario.

The UN chief’s comments “are politically inappropriate, unprecedented, and contrary to Security Council resolutions,” Rabat said in a statement.

The statement said that Morocco has seen “with amazement that the Secretary General used the term ‘occupation’ to describe the recovery by Morocco of its territorial integrity.”

“This departs from terminology traditionally used by the United Nations in the Moroccan Sahara,” added the statement.