Morocco’s absence from African Union, anomaly that should be corrected, Guinean FM 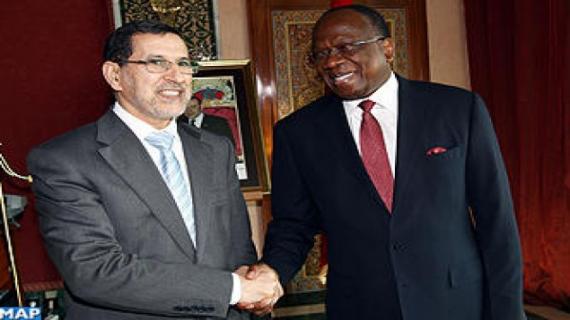 Morocco’s absence from the African Union (AU) is “an anomaly that should be corrected soon,” said, Saturday in Rabat, Guinean Foreign Minister, François Lounceny Fall, who is on a working visit to the kingdom.

“Guinea Conakry considers the absence of Morocco from the African Union as an anomaly that should be corrected, as the Kingdom is a founding member of the AU,” the Guinean diplomat told the press following a meeting with Foreign Minister, Saad Dine El Otmani.

“As a friend of Morocco, I hope that this matter will be addressed soon,” he added.

The Guinean Minister said the Moroccan Sahara issue was also on the meeting’s agenda with Mr. El Otmani. “We think that this issue should be solved under the aegis of the United Nations,” he said, reaffirming his country’s support for the efforts made by Morocco in this regard.

Minister El Otmani said “Guinea Conakry has always had a clear position, vis-à-vis the Sahara issue, and supports the territorial integrity of Morocco “.

According to Mr. El Otmani, the talks with the Guinean Minister also touched on a number of regional and international issues as well as ways to develop cooperation relations between the two countries in various fields, including the economy and culture.