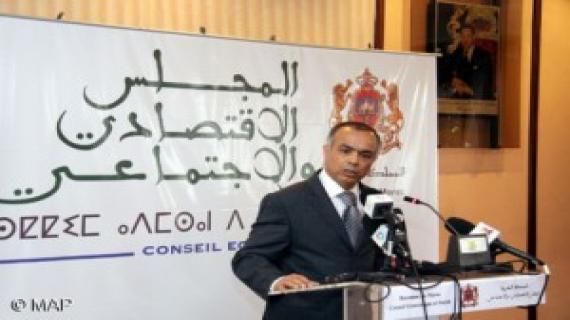 The roadmap outlining a new economic and social development model for southern provinces, presented recently to King Mohammed VI, is likely to give a new impetus to sustainable development in the region and create wealth and job opportunities for the local population, said on Saturday chairman of the economic, social and environment council, Chakib Benmoussa.

Benmoussa, who was talking at France 24′s program “economy guest” said this new development model aims to turn the region economy into a thriving one, make it more attractive and contribute to this Moroccan region stability and progress, stressing that a study conducted by his organization found that despite the state’s significant efforts to make of this region an economically-viable one, by endowing it with the needed infrastructure and improving population’s access to basic facilities, these efforts have not lead to the creation of an environment conducive to the creation of wealth and jobs.

Indeed, he went on, investors have restricted their activity to short-term projects, arguing that if the region is to attract national and international investors, a clear and attractive economic model is needed in this region that boasts rich natural resources.

Benmoussa stressed the need for fiscal incentives to attract more investments, arguing that the state should carry on its efforts to support local, national and foreign investments.