Morocco accuses Algeria and Polisario of destabilizing the Sahara 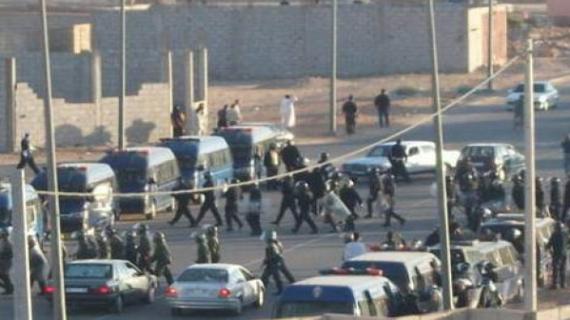 It seems that the US withdrawal of its draft resolution to expand the mandate of the MINURSO to monitor human rights in the Sahara was disillusioning and traumatic to the Polisario and Algeria. Following the adoption by the UN Security Council of the resolution on the Moroccan Sahara by consensus—the resolution that makes no mention of a human rights monitoring mechanism in the Moroccan Sahara—the separatists in the southern provinces went into riots in Laayoune and Boujdour to provoke the security forces and instigate violence.

The US withdrawal of its draft resolution, which is perceived as a political victory for Morocco, puts Algeria and Polisario in an embarrassing situation. In response to this political victory, Algeria and Polisario plan to sow the seeds of discord and anarchy in the Moroccan Sahara by “inciting minors to engage in clashes with Moroccan security forces to promote the claim that Morocco does not respect human rights,” the mayor of Laayoune Khalil Eddakhil said in a press conference on Monday.

The mayor added that there is information indicating that a number of “young men benefit from training in the Tindouf camps (of Polisario in the Algerian territory) and then infiltrate Morocco’s southern provinces to carry out acts of sabotage.”

The plan to drag the region into instability, of which Morocco is fully aware, is carried out by the separatists in the cities of the Moroccan Sahara. These individuals were not arrested despite the damage that they caused to public property in these cities. “No one was arrested despite the acts of vandalism and serious damage that occurred to public property, as well as the injury of a number of members of the security forces who were pelted with stones,” says Mr. Khalil Eddakhil who also stressed that “Morocco is committed to the policy of restraint so as to not give the opponents of its territorial integrity excuses that they later may use against it.”