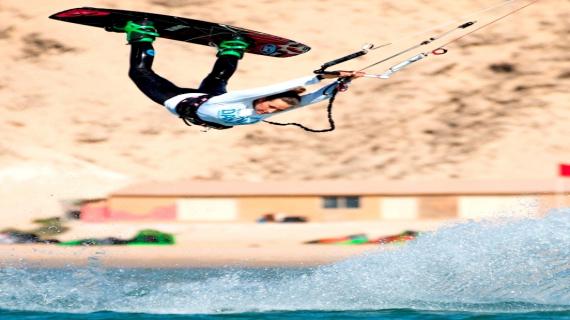 The region of Oued Eddahab-Lagouira, located in the Western Sahara, just announced a long-term tourism development program worth $623.5 million, for 21 projects expected to create 3,200 additional beds, for a projected capacity of 114,000 tourist nights by 2020. The document was signed last Saturday, on the sidelines of the 8th Regional Tourism Forum held in Dakhla.

A key feature of the project is that 96.6 percent of the costs will be financed by the private sector ($602.5 million). Tourism development companies have worked extensively with local authorities and the Minister of Tourism in order to bring this effort to fruition in order to focus on boosting the region’s niche product offering, notably its natural and coastal heritage (414 miles of coastline).

The program focuses specifically on two niches markets. The first is sport tourism, with the goal of attracting kite surfing aficionados, thanks to the lagoon’s favorable weather conditions. The second is luxury tourism, based on the beach-desert combination and supported by the development of an eco-resort, as well as shops specialized in windsurfing, spa, and natural products.

The program’s 21 projects consist of one main development supported by twenty complementary projects. The main project consists of an eco-resort, which will cost $47.5 million, and provide 2,000 beds. It will cover 1,482 acres in Graret Fartet, part of the Oued-Dahab province.

The other twenty projects are divided in two themes. The first theme will be “Entertainment, Sports, and Leisure,” which the Ministry of Tourism sees as a way to promote the region’s resources, notably through the creation of a National Center for Tourism and Water Sports as well as a community center for seniors. Construction of these centers will begin this year with expected completion by 2018. Additionally, $3.5 million will be allocated to building a health spa and thermal treatment station.

The second theme will be “Sustainable and Eco-friendly Development,” with construction also slated for later this year, to be completed by 2017 at an estimated cost of $75.5 million. It includes an eco-friendly village development comprised of hotels and residencies spread throughout the large natural space of the Porto Rico camp, and will feature local folk art facilities and structures.

Marketing efforts have already being coordinated between the Ministry and the different stakeholders of the project, and 13 weekly flights from Paris, Madrid, and London will be scheduled on a regular basis. Visitors to the region have steadily increased over the past few years, growing 17% from 2011 to 2012.

On top of the job creation expected from this project, the organizers of the program are promoting the creation of 75 very small, small, and medium-size businesses, resulting in a minimum of 500 extra permanent jobs.