Morocco and EU Hold Discussions on their Agriculture Agreement 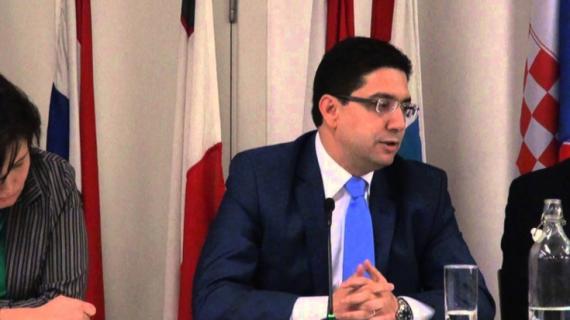 Nasser Bourita, the Minister Delegate to the Moroccan Minister of Foreign Affairs and Cooperation had a series of talks in Brussels last week with several European officials in light of the ” the appeal procedure initiated by the European Union (EU) against the judgment of its court on the EU-Morocco agricultural agreement, a statement from the Moroccan Ministry of Foreign Affairs read.

Bourita had a working session with officials from the European External Action Service to exchange views and coordinate positions on the content of the interaction with the European Union regarding the appeal of the court’s judgment which is at its early stages.

Bourita stressed that the EU needs to provide all guarantees to safeguard Morocco’s interests as well as the legal security of its agreement.

It is worth reminding that On March 17th, the Moroccan government decided to resume contacts with the EU after they broke off following the decision of the European court to cancel the agricultural agreement with Morocco.

The resumption of contacts came after the ‘positive developments’ following Ms. Mogherini’s visit to Rabat and the presentation of the European Union’s assurances and guarantees to find a solution to this situation which was generated by the judgment of the European court.