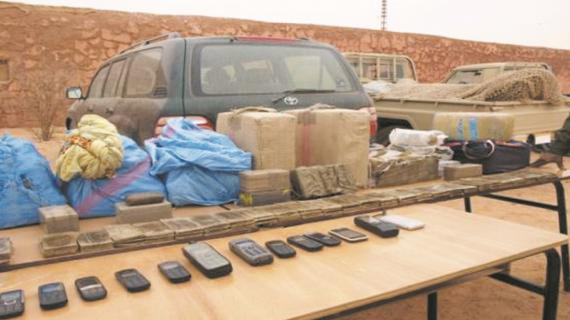 Moroccan authorities have arrested seven people, five Moroccans, one Malian, one Algerian and two from Tindouf camps, suspected of links with an international drug trafficking network.

The foreign nationals were arrested in a tent for transhumant shepherds in a rural area between the communes of Assrir and Timghart in the vicinity of the southern city of Guelmim, while the others were arrested in the cities of Tan-Tan and Guelmim when they were preparing an operation of international drug trafficking, national police said in a statement.

During these operations, the authorities seized an automatic firearm and 47 9mm bullets brought from Tindouf camps, as well as an unauthorized shotgun, 205 cartridges, 10 mobiles, including three for satellite communication, in addition to three vehicles and large sums of money in national and Algerian currencies.

The defendants have been remanded in custody pending the completion of the investigation.