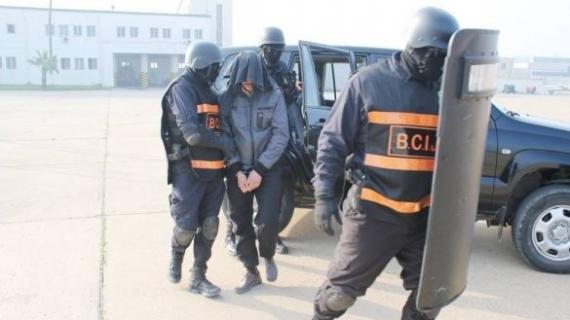 Moroccan security services arrested, on Tuesday in the southern cities of Marrakech, Laayoune and Boujdour, a seven–member terrorist cell related to the so-called Islamic state (ISIS).

According to investigations, the suspects were planning to join ISIS ranks in Syria and Iraq before deciding to go to Libya through Moroccan-Mauritanian borders with the support of Polisario separatists who are specialized in trafficking and organized crime, the Interior Ministry pointed out in a statement.

The arrested people planned to get arms and carry out terrorist acts in the ISIS style, the same source added.

The suspects will be brought before justice after the completion of investigations conducted under the competent public prosecutor’s office.