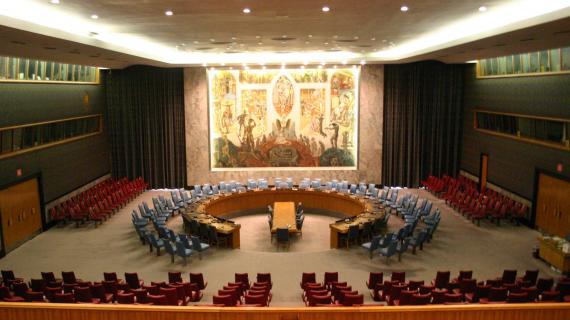 The Moroccan diplomat criticized Venezuela during a debate at the United Nations Security Council on international peace and security on Tuesday.

“Venezuela cannot talk about stability unless it respected the countries that surround it. The country represents a real threat to its neighbor states,” the Moroccan representative said.

Venezuela is among the most vocal supporters of the Polisario and does not support the UN political process, which calls for finding a long-lasting and mutually acceptable political solution to the Western Sahara dispute.

Last October, the Permanent Representative of Venezuela to the UN stated that “[his] country attaches special importance to address [the Sahara question], subject to an unfinished decolonization process”. A statement that proved hostile to Morocco’s territorial integrity.

Venezuela has allegedly tried to take over its neighbor Guyana over their recent discovery of oil in its territory.

The Moroccan diplomat harshly accused the South American country saying “there is a close link between its regime and drug traffickers who threaten the entire region”.

Laâsel went on to add that “the Venezuelan oligarchy oppresses its people and the opposition parties” and does not uphold to the principles of the United Nations.

The Moroccan diplomat concluded its statements by requesting the UN General Assembly to be more selective when electing Security Council members, which should adhere to article 23 of the United Nations Charter on peace and international.

The Moroccan autonomy plan has been hailed by veto-wielding powers, such as the United States and France, as “serious” and “realistic.”

But the plan is rejected by the Polisario and Algeria, its main backer, which insist on the holding of a referendum on self-determination with the independence of the territory as an option.