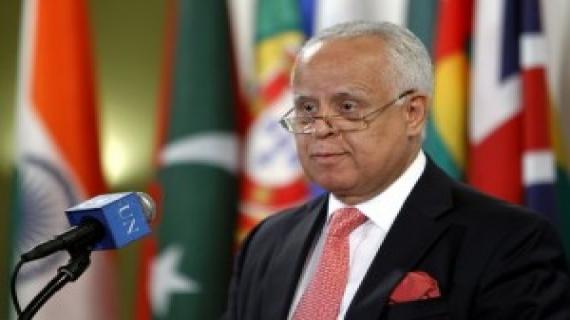 Morocco, “true to the commitments” it took, as it became a non-permanent member of the UN Security Council, continues to be active on Arab and African fronts, said Tuesday in New York, Morocco’s ambassador to the UN, Mohamed Loulichki.

Along with the initiatives undertaken by the Kingdom in favor of ECOWAS efforts to restore the territorial integrity of Mali and the stability of the Sahel, Morocco has “contributed” to the negotiations to address the situation in Goma and North Kivu, DRC, the ambassador told the press, following the SC consultations on the situation in Gaza, which was followed by the adoption of a resolution on the Democratic Republic of Congo (DRC).

Morocco is a co-sponsor of the resolution adopted unanimously by the fifteen member States and has condemned the attack on the territorial integrity of the African country.

Morocco has “always been extremely committed to the territorial integrity of African states and their national unity, and has always shown readiness to help whenever they were threatened,” Mr. Loulichki said, expressing hope that the situation will stabilize in that part of the DRC, for further peace, stability and cooperation throughout the African region.

The ambassador also highlighted the continuation, on the Arab front, of “efforts we have made since the beginning of the infamous Israeli military aggression against Gaza.” Morocco presented a draft press statement seen by “many delegations as balanced.

The text, he said, although received “enthusiastic support of almost all the members of the Council, could not unfortunately be adopted.”

After consultations with the Arab group which was briefed by Morocco on the efforts made during the past two days, it was agreed to wait for the outcome of the good offices which have intensified in the region in the last 24 hours.

If these efforts succeed with the signing of a truce and an agreement between Palestinians and Israelis, we will reconsider the idea of a public meeting of the Security Council,” explained Ambassador, stating that “in the event of a failure, the Arab group will call for an open debate on Wednesday which includes all member states and the media.