Morocco is confident regarding the renewal of UN Sahara mission term: Official 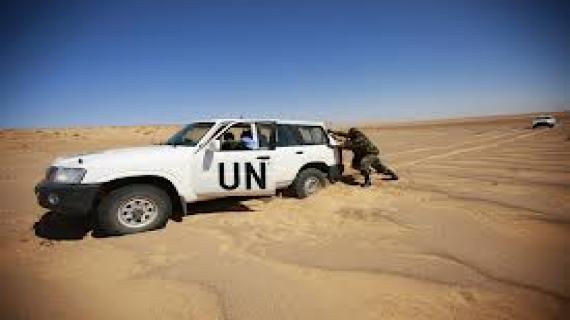 Morocco is awaiting with serenity the April deadline for the renewal of the UN Sahara mission (MINURSO), all the more as this date comes as the Kingdom is continuing to honor its commitments for a realistic and lasting political solution to the Sahara issue, said Morocco’s delegate minister for foreign affairs and cooperation, Youssef Amrani.

“This regional dispute has lasted for too long” he regretted in an interview with Paris-based weekly “Jeune Afrique,” noting that Morocco is reiterating its commitment and resolve to endeavor, in good faith, to reach this goal.

Given the latest developments in the region, he went on, Morocco remains convinced of the emergency of moving forward to a compromise solution, he went on, insisting on the Kingdom’s attachment to the UN security council germane resolutions, including those calling for a census of the Tindouf population, as an operation that would help protect and guarantee the population safety.

To a question on the impact of the events in Mali on the Sahara issue, Amrani recalled that Morocco has been for several years warning the international community against the hazards threatening the stability and security of the Sahara and Sahel region, noting that Mali has experienced the most brutal manifestations of these hazards.

This painful crisis has also highlighted the evident complicity between terrorist-leaning groups and the separatists, he went on.

let’s not be mistaken, he warned, the first goal of these groups has been and remains to dismember an African state in order to destabilize, eventually, all the region, taking benefit the weakness of regional cooperation.”

He also noted that international consensus   has been reached on the need to support all integration political initiatives in order to secure aspects of homogeneity and complementarity in these regions, citing as an example the Moroccan initiative to grant a large autonomy to the southern provinces.

The official also recalled Morocco’s firm belief that only genuine regional cooperation will help meet the region’s inter-connected challenges, stressing that Morocco will continue, at the diplomatic level, to support the voice of Mali at the Security Council and elsewhere.