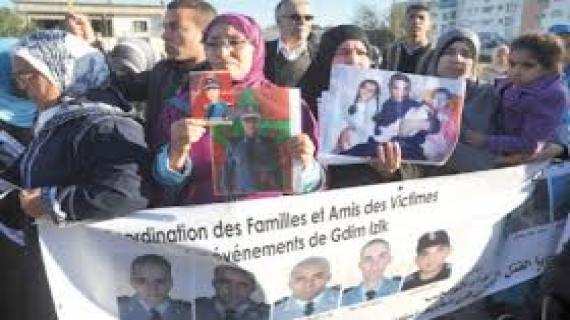 On Saturday night, a Moroccan court handed down verdicts in the highly charged Gdeim Izik case, concluding an open and transparent judicial process. In the presence of more than 60 international observers from 11 countries and in accordance with Moroccan law, 24 defendants were found guilty and sentenced for murder, looting, and violence in a riot in Laayoune, Morocco in 2010 that led to the deaths of 11 policemen peacefully attempting to disperse a protest.

The trial lasted for just over one week with international and Moroccan observers in the courtroom describing it as fair and transparent. Mme Rouaida Marwi, Executive Director of the InternationalCenter for Development, Training and Conflict Resolution agreed that the verdicts were consistent with the evidence established by the General Prosecutor.  According to her, this trial met the requirements of integrity, transparency, and respect for human rights, as evidenced by the presence of international observers as well as national and international media.  She noted that the rights of the accused were respected, and they received a great deal of freedom of expression and the time needed to respond to the charges.

Charles Saint-Prot, Director of the Observatory of Geopolitical Studies (OEG), reiterated that the trial was conducted under transparent and fair conditions, describing it as “exemplary.” He added that the sentences were rendered based on the actions of the defendants, noting that the trial was conducted to deliver justice for heinous, barbaric and quasi-terrorist criminal acts.

The trial lasted 8 days and was conducted openly under Moroccan law. As in the United States, defendants in Morocco are innocent until proven guilty, with the burden of proof falling on the prosecution. And as in the United States and France, the jury at this court played a leading role in a trial that was open to the public.   The sentencing guidelines for the crimes committed included the possibility of the death penalty, though the court chose not exercise this option.

The trial took place “under normal conditions and was marked by due process,” said Morocco’s National Council of Human Rights (CNDH).  After the verdicts were announced, relatives of the dead security officers expressed satisfaction with the court’s decision and felt that justice had been done

Among the more than 60 observers from 11 countries were members of the Council of Human Rights (USA), members of Amnesty International (France), lawyers and legal scholars from Spain, Italy, France, Luxemburg, and representatives from numerous NGOs, in addition to international journalists.

This case has dominated news in Morocco since 11 members of the Moroccan security services were killed while peacefully dismantling a protest site outside of Laayoune in November 2010. In the interest of maintaining public order, government officials had ensured that the protest camp was safe, that there was free movement within it, and that it was stocked with water, medicine, and emergency personnel. A dialogue had also been initiated with representatives from the protest group, meeting on a near daily basis to address their job demands and other concerns. Unfortunately, it soon became clear that violent, pro-Polisario elements were attempting to hijack the protest and take advantage of the situation, and security forces were called in to peacefully dismantle the protest site before the circumstances deteriorated further.

They entered the camp carrying only non-lethal weapons and were met by armed men equipped with machetes and Molotov cocktails, among other weapons. Violent clashes ensued, and quickly spread to the city center, where militants took to the streets, throwing improvised explosive devices and stones at Morocco forces, urinating on dead bodies, setting fire to buildings, and causing significant property damage. In the end, 11 members of the security forces were killed, over 70 were wounded, 1 civilian was killed, and 4 others wounded.