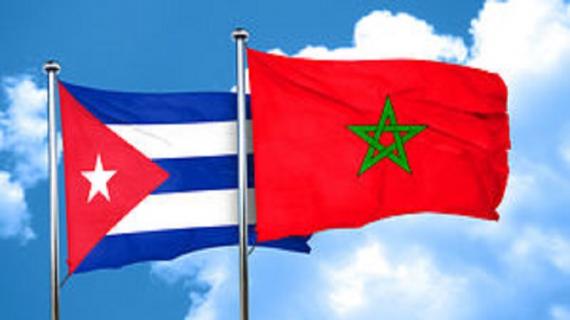 Morocco and Cuba on Friday decided to re-establish diplomatic relations between the two countries at the ambassadorial level.

An agreement was signed in this regard by Ambassadors, Permanent Representatives of Morocco and Cuba to the United Nations, Omar Hilale and Anayansi Rodriguez Camejo respectively.

"The Government of the Kingdom of Morocco and the Government of the Republic of Cuba, guided by the mutual willingness to develop relations of friendship and cooperation between the two countries in the political, economic, cultural areas, among others, have decided to re-establish diplomatic relations at the ambassadorial level, which shall become effective on the date of the signing thereof", the agreement said.

“Convinced that the reestablishment of diplomatic relations in accordance with the principles and purposes enshrined in the Charter of the United Nations and international law and in keeping with the spirit and the rules established in the Vienna Convention on Diplomatic Relations of 18 April 1961, reflects the interests of both countries and shall contribute to strengthening international peace and security, the undersigned Plenipotentiaries sign this agreement in two original copies in Spanish, Arabic and English languages, all texts being equally authentic”, the same document added.