Morocco denies it apologized to Algeria over flag incident 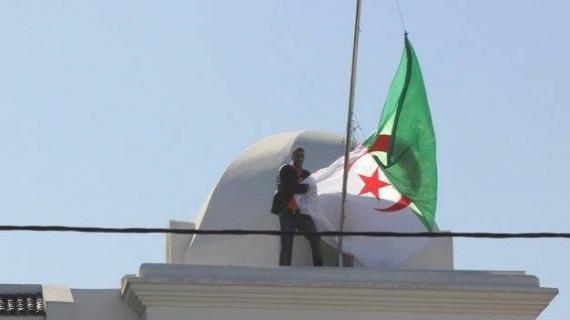 Algerian news outlets said on Saturday that Morocco had expressed apology for what happened and it took the necessary measures to punish the perpetrators.

But Morocco’s Ambassador in Algiers, who is due to resume his function on Monday after having been recalled to Rabat for consultations, denied that Morocco had made an “apology” over the incident.

Algeria’s news agency APS claimed Morocco’s ambassador, Abdallah Belkaziz, was summoned to the foreign ministry on his return and had expressed his government’s “regrets” over the flag incident.

Algeria wants a role in an investigation into “this particularly serious incident,” the ambassador was told, according to APS.

The flag incident caused uproar in Algeria, with many Algerians expressing their outrage at seeing their country’s flag torn down on the occasion of the anniversary of their revolution against French colonialism.

Morocco on Wednesday recalled its Ambassador in Algiers for consultations after Algeria’ president, Abdelaziz Bouteflika, made a statement last Monday in Abouja, Nigeria, in which he urged the United Nations to establish a human rights monitoring mechanism in the Sahara.

The statement sparked an angry protest from Rabat.