Morocco determined to launch real talk to reach a political solution to the Sahara: Head of Gov. 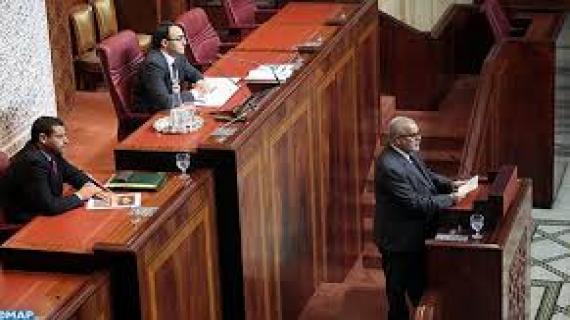 The launch of real talks under the UN’s aegis for a political solution to the Sahara issue on the basis of the bold Moroccan autonomy proposal is one of the broad lines of the future action plan, head of government Abdelilah Benkirane said on Tuesday in Rabat.

Answering a question by deputies on the national cause, Benkirane said that this strategy, under the royal instructions, seeks to counter any deviation from the UN approach meant to find a political solution, preserve gains related to territorial integrity and open new prospects for action.

He added that this strategy aims to bring together the terms of the implementation of extensive regionalization through the model of development in the Southern provinces, uphold human rights, respect the specificity of the Hassani culture and counter the maneuvers by the foes of Morocco’s territorial integrity.

He went on to say that the action of the national official and parallel diplomacy will be supervised by a set of mechanisms, mainly the continuation of the Moroccan diplomacy’s mobilization to support and carry out efforts meant to reinforce bilateral ties with sub-Saharan countries.

He recalled the call by King Mohammed VI in his speech on the 38th anniversary of the Green March to strengthen coordination and cooperation with sister nations in all areas, notably through FTAs, in order to achieve regional economic integration.