Morocco to Establish Military Plant with Belgian and British Companies 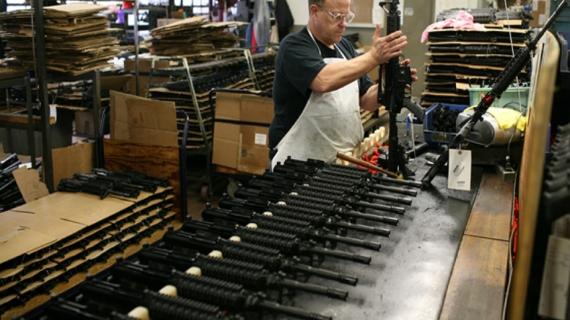 This project in Morocco will be mde possible through a joint venture between Belgian company Mecar, British company Chemring Military Product (CMP), and Morocco. It will require an initial investment of MAD 300 million. Morocco will hold equity of 10 percent in the venture.

The venture, named MCR Technologies, will begin soon, according to the Moroccan daily Akhbar Al Yaoum. It will locally manufacture weapons and ammunition of all types, “which will allow Morocco to avoid imports of ammunition,” states the daily.

The group will operate on 1,000 hectares that hava already been acquired for the project.

according to the same source, the project follows a study led by the Administration of Defense, the inspection of the Royal Armed Forces, and the Command of the south zone in collaboration with Fourth Office.

The British company CMP is a world leader in the design and manufacture of military ordnance. It supplies US-standard and non-standard ammunition, supplies, weapons, pyrotechnics, and platforms to the US and Allied Armed forces.

French defense systems company NEXTER Systems purchased Mecar in 2014. It has enjoyed a strong international reputation since it was founded in 1938, and it supplies NATO, the Belgian Army, as well as many countries around the world. With a workforce of 400 personnel, the company manufactures a huge range of military ordnance.