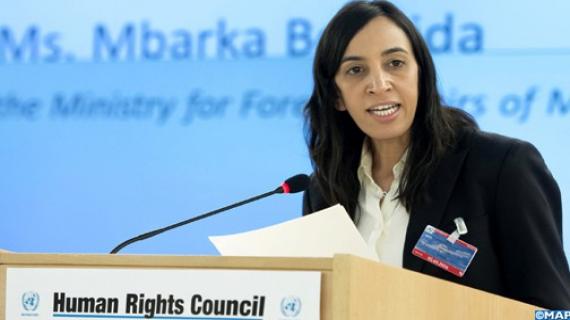 Morocco flatly rejects any change or modification of the nature of the United Nations’ role in the handling of the Sahara issue and any plots seeking to bury the autonomy plan which could, as recognized by many world powers, fulfil the aspirations of the people in the Western Sahara to run their own affairs in peace and dignity.

The remarks were made by Moroccan Junior Foreign Minister, M’barka Bouaida, in an interview published Monday by Arabic-language daily “Assabah.”

The Sahara issue is at the heart of all democratic projects launched in Morocco, whether political, constitutional, institutional or related to development, she said insisting that the Kingdom opposes any change of the nature of the UN role in the issue, especially after it became clear that “there was a secret plan to bury the autonomy proposal.”

“The situation we have reached today is the result of an old strategy,” she said, adding that Morocco was aware of such strategy and had already warned against the risk of any manipulation.

Touching on the blunders committed by the UN Secretary General Ban Ki-moon during his tour in the Maghreb early March, the official described these missteps as “unacceptable, inadmissible and serious professional mistakes,” on the part of the chief of the world body. He made a partial and provocative visit to the region, told members of MINURSO they were in the Sahara for the implementation of the referendum and called Morocco “occupant,” she said, when enumerating his blunders.

However, she said, Ban’s stand is not surprising and is part of a plot dating back to 2007, when Morocco presented its autonomy plan. Morocco had thus evidenced its resolve to reach a settlement of the conflict and stood out as the only side presenting proposals and making concessions, while the other parties stuck to obsolete options, she said.

M’barka Bouaida insisted that Morocco’s commitments vis-à-vis the UN do not in any way mean ignoring the excesses of UN officials and that no pressure whatever its nature can force Morocco to reconsider its sovereign decisions.