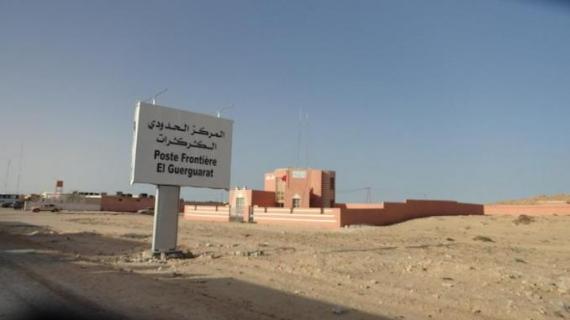 3,134 tons of cannabis were seized by security and customs forces Wednesday night at the Guergarate border crossing to Mauritania.

Border control measures and search operations led to the discovery of a cache of drugs in a semi-truck registered in Morocco, with the cannabis concealed in bottles of cosmetics products intended for export to “an African country,” according to a communiqué released by the Direction Générale de la Sûreté Nationale (DGSN) Thursday night.

The cannabis was handed over to the customs administration and the driver, a 48-year-old Moroccan national, was arrested and transferred to the regional security authorities to mount a full investigation into the trafficking operation.

The DGSN affirmed that the smuggling attempt was stopped as a result of its efforts to combat international drug trafficking.